During 2012-2013 I was part of the camerateam that made the first feature length wildlife film for cinema that has been shot within the Dutch borders. Up to that point The New Wilderness was the biggest wildlife production ever shot in the Netherlands. The film shows the Dutch National Park Oostvaardersplassen like never before. A natural area of only 6,000 hectares carring the nickname ‘Dutch Serengeti’ and yet unique in Europe.

My responsibility was both to assist Ruben Smit in his work as the director and principale cameraman and I was one of the main cameramen. Next to this I was responsible for operating the Phantom High Speed cameras when necessary.

The film turned out a huge succes with over 800.000 seeing the film in Dutch cinemas. With a population of around 17 million people living in the Netherlands no words are needed to explain how thrilled we are about this!

At the heart of one of the most densely populated areas of Europe, in a country where every square meter of land has been meticulously shaped by man, lie the Oostvaardersplassen – a unique experiment in letting nature run its course. In just 40 years, 6,000 hectares of newly formed polder has been transformed into one of Europe’s most dynamic and productive wetlands – home to some of Europe’s rarest birds such as the magnificent white tailed eagle, which hadn’t been seen in the Netherlands since the Middle Ages.

Three years in production and with more than 600 shooting days in the field, The New Wilderness is a spectacle, an ode, a visual tone poem, celebrating the wildness, stark beauty and sheer majesty of a unique natural monument. Shot in 4K cinemascope, the film charts the cycle of life through the course of four seasons, from birth through death to new life, forging a direct sensory and emotional connection with this thriving wetland and the many wild creatures that have made it their home – including 1,200 Koniks, that make up the largest herd of wild horses in Europe.

On June 2, 2014 “THE NEW WILDERNESS” won the “Rembrandts”, the Dutch Oscars. This is the first time ever that a feature documentary has been awarded the title of “Best Dutch Movie of the Year”. In september the film won the “Gouden Kalf” award of best film voted by the Dutch audience. 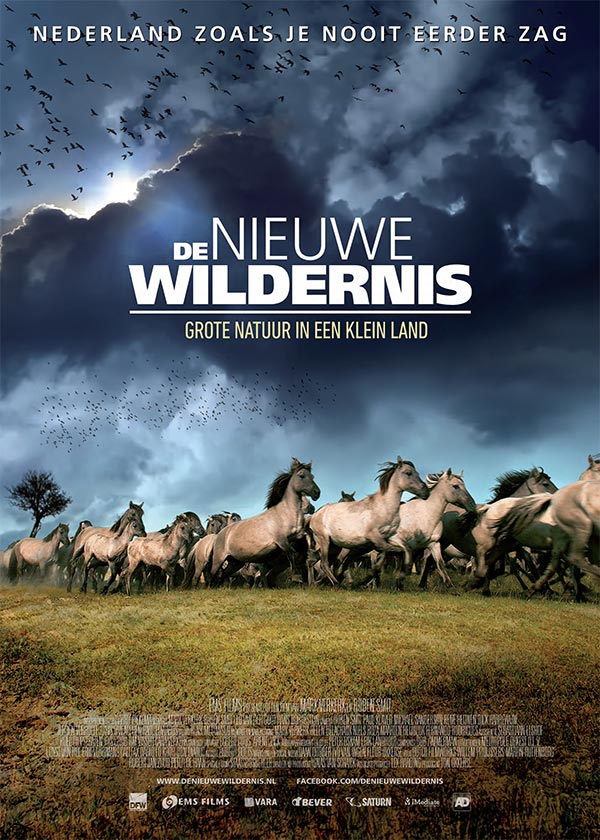